Participants of the first Malaysian Shucking Championship in action. They were evaluated based on speed, presentation and shucking technique.— Photos: SAM THAM/The Star

THE World Oyster Shucking Championship is a 60-year-old tradition in Ireland’s Galway Oyster and Seafood Festival, and this year, Malaysia is stepping up to the plate.

Southern Rock Seafood restaurant has hosted the Kuala Lumpur Oyster Festival since 2015, and things are heating up as the first Malaysian Shucking Championship kicked off.

The competition brought oyster shuckers within the Klang Valley to compete, with 12 contestants vying for a spot in the qualifying rounds for the semi-finals and finals during the festival at the restaurant in Bangsar, Kuala Lumpur on May 14.

Each participant shucked a dozen Irish premium oysters and was evaluated based on speed, presentation and shucking technique, with Guinness sponsoring the Malaysian champion to compete at the world stage at the Galway festival.

Southern Rock Seafood Sdn Bhd big chief Loges Kessarivan said they sell at least two tonnes of oysters in Klang Valley alone, but was inspired to bring the competition to Malaysia after a visit to the festival in Galway.

Oysters were not that popular 10 years ago, but like what’s happened to coffee and wine, oysters are being cultivated, so more people are beginning to appreciate it.

Loges, an oyster masterclass instructor, said they plan to hold the competition yearly, teaching students from culinary institutes in Malaysia how to shuck oysters.

Marion and Jimmy (both seated) assessing a contestant’s shucked oysters, while Loges looks on.

We are planning to go to the different states from Penang to Johor Baru, maybe even Sabah and Sarawak, to bring in more parti­cipants in years to come, making it even bigger in three years’ time.

A family of oyster farming experts for the past 28 years, the Gallaghers earned the prestigious title of World’s Best Oyster, and flew in from Ireland to lend their expertise to the competition.

Jimmy Gallagher and his daughter Marion acted as judges.

When I first started, I did not know an oyster was from an egg,” joked Jimmy.

We started with a target of distributing five tonnes a year, but now it has grown to 200 tonnes a year, and we are the first from Ireland to export to Asia,” he added.

Marion explained the intricacies of oyster shucking, first by using an oyster knife to break the seal and prying open the oyster, and then finely slicing the muscle and flipping it over.

It usually takes at least two-and-a-half to five years to grow an oyster, and it is the meat content that differentiates the top of the range – so we flip over the oyster because it is better presented that way,” she explained, while showing off the plump oyster flesh.

“Shuckers are tested on their shucking skills and how clean they have cut the oyster muscle from the shell, getting points for those without debris and additional points for presentation.

Aside from all the shucking and slurping of oysters, visitors also had a feast to choose from a number of mouth-watering snacks with drinks to wash them down.

To set the mood was the Fariq Auri Trio, a Malaysian Celtic fusion band who piped up Irish melodies; a poem composed about the Gallaghers by poet Cat Brogan; and music from percussionist Lewis Pragasam and his band.

Children were not left out of the carnival festivities as there was a face-painting station and a clown twisting balloon shapes.

Sliogeisc na Rossan T/A Irish Premium Oysters is committed to our sustainability programme to increase resource efficiency, minimize our impact on the environment and to make us more ecologically aware.

Being a verified member of Origin Green will enhance our reputation internationally as a producer of high quality oysters and it allows us to highlight to our customers our commitment to sustainable farming and production. 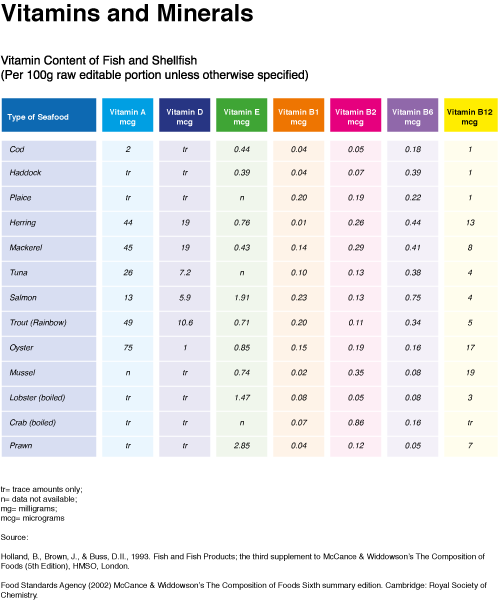 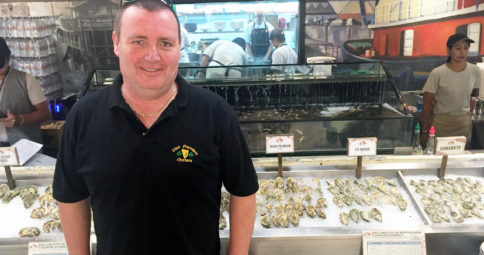 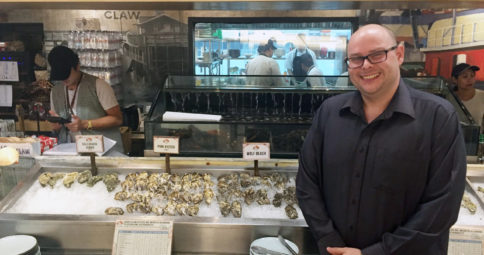 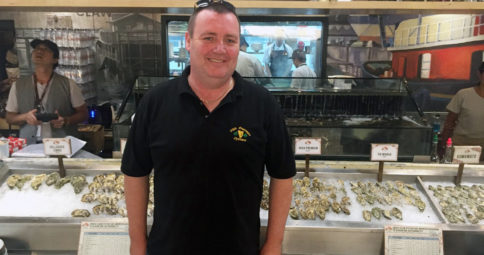 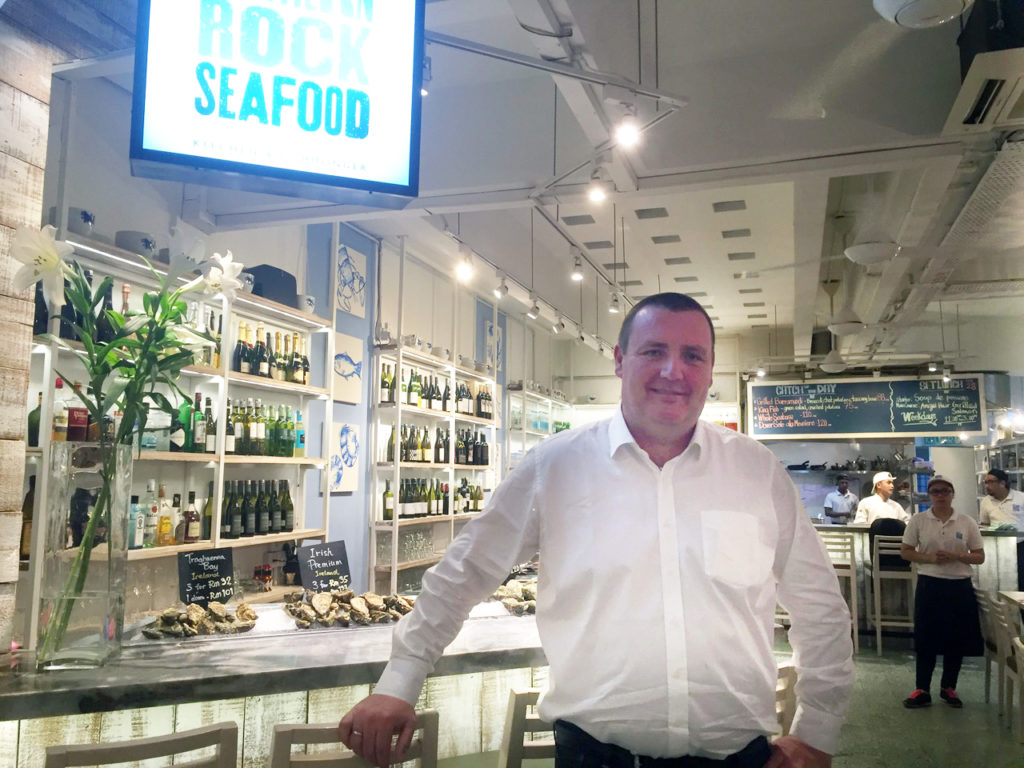 Irish Premium Oysters are participating in Marketplace International 2015. A Bord Bia initiative held in the Convention Centre, Dublin, Ireland on the 26th March 2015 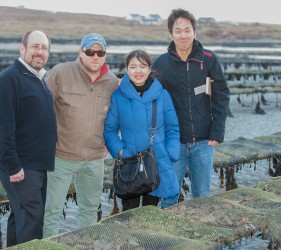 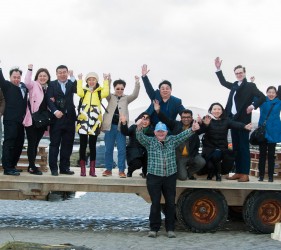 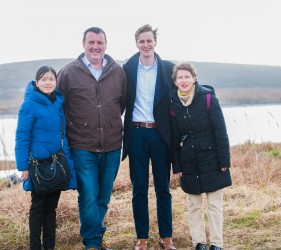 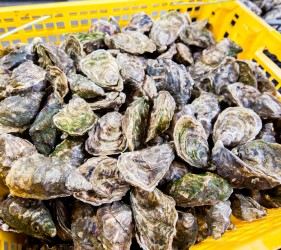 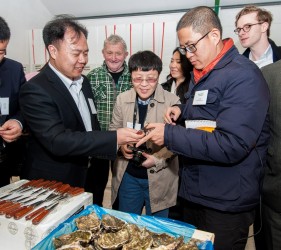 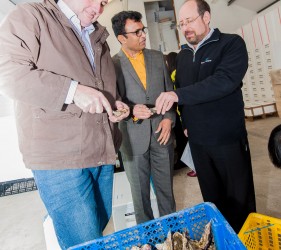 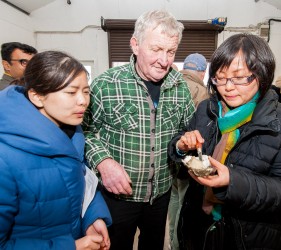 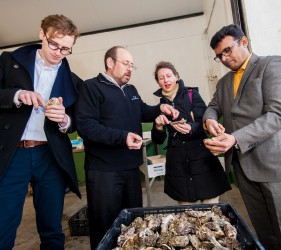 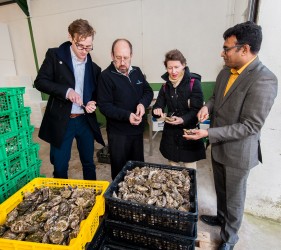 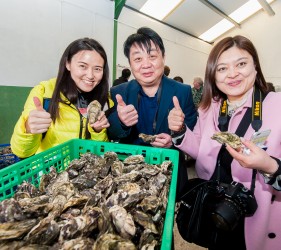 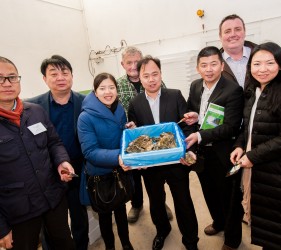 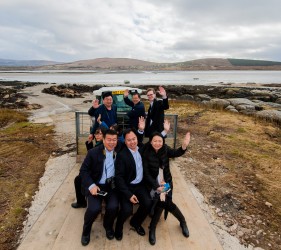 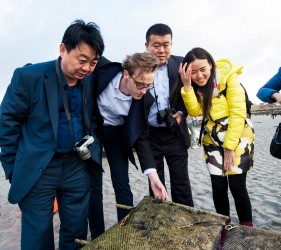 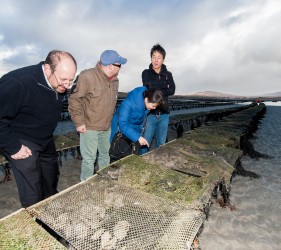 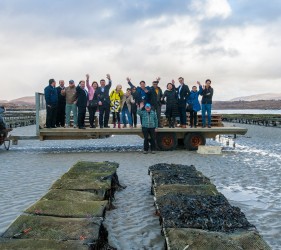 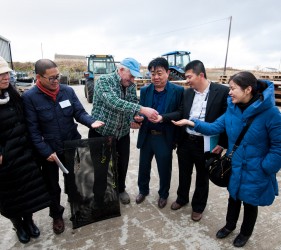 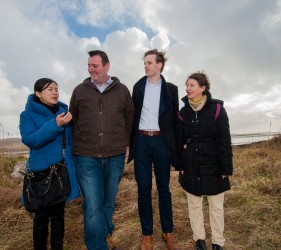 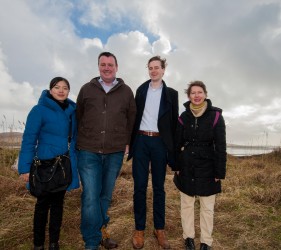